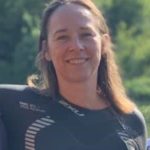 Jackie has always loved swimming and spent her formative years as a club swimmer.  After a 15 year break, she discovered triathlon but was often found huffing and puffing after the swim leg until she was introduced to Total Immersion 7 years ago.  After a few sessions she hopped out of the river during Windsor Triathlon as fresh as a daisy and is now often found in a lake or a river. She has also enjoyed some longer distance events such as the Bantham Swoosh, the Jubilee 10K and the length of Ullswater. As a former karate instructor, the kaizen ethos of Total Immersion really appeals to Jackie.

Jackie became a Mum in 2018 and decided to finish her career in Customer Experience and Research to focus on her son’s and her passion for swimming. She completed her TI coaching apprenticeship with Tracey Baumann and loves passing on the skills of effortless swimming to all ages and abilities in the Endless Pool in Egham. 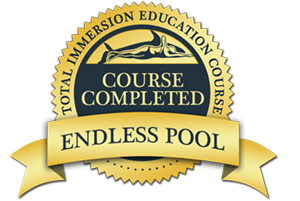 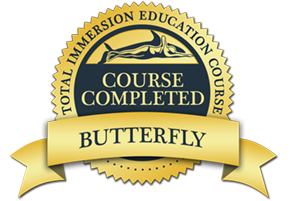 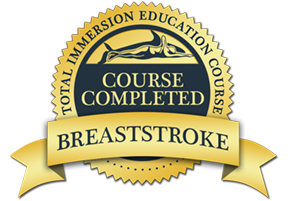 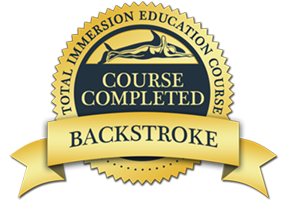 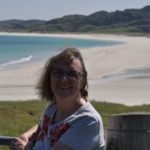 Julie developed a passion for swimming in her 50s and now swims all year round in open water. She has previously taken part in triathlons but now prefers to concentrate on swimming.
Julie  loves to teach others to swim with confidence using biomechanic principles to reduce risk of swim related injuries that are all too common. She worked alongside Tracey Baumann as an apprentice coach and has now qualified as an Advanced SwimMastery coach under Tracey’s expert guidance. Julie is also an STA level 2 Open Water coach, with added expertise in cold water swimming. She believes that age is no barrier either young or old and that by focussing on the process the goal can be achieved whether it be a race or simply swimming for health and enjoyment.
Email Us